When I was a teenager my grandmother told me I had sand in my shoes. As I got older I began to understand her idiom describing my enjoyment of travel & discovery.

During my career, I was fortunate to travel many places locally, nationally & internationally. I experienced different environments, saw a wide diversity of lifestyles & discovered a lot about the world. As a perk to that travel, I earned a lot of frequent flyer miles enabling my family to experience some wonderful vacations. 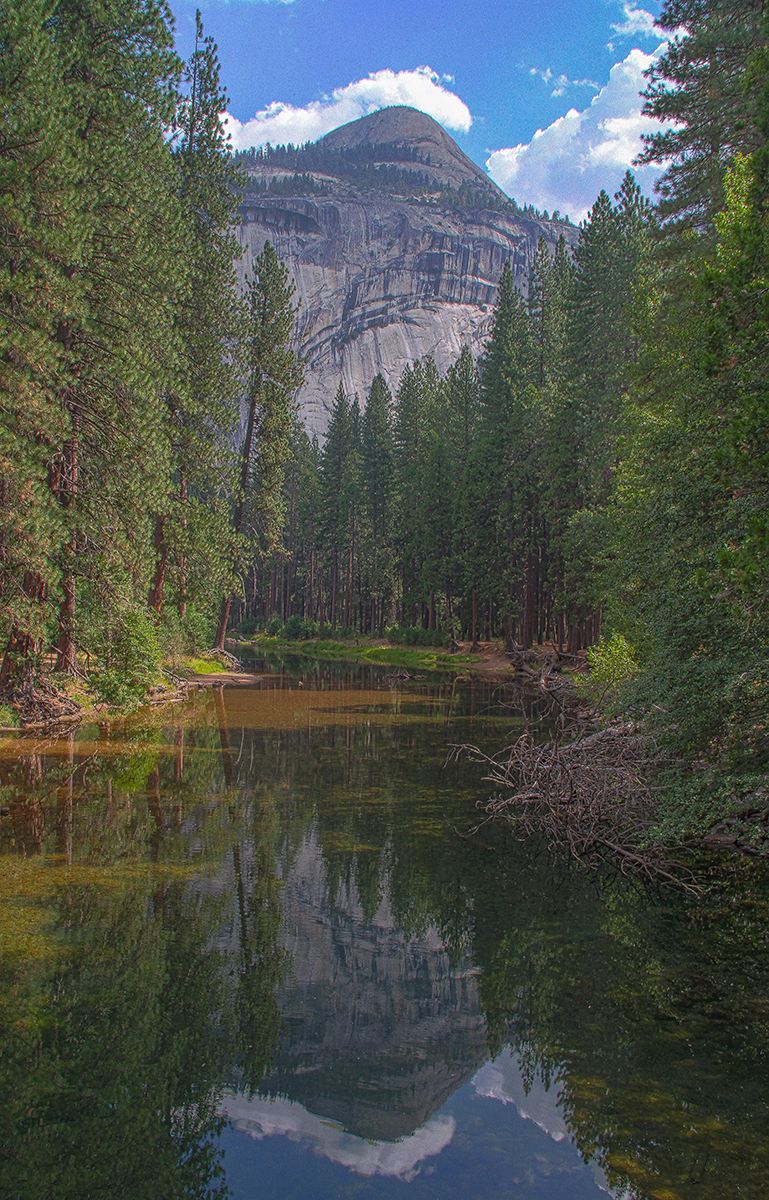 One place that left me in awe of the natural world was Yosemite National Park. Our experiences with Park Rangers & other National Parks motivates us to add these places to any itinerary we plan. Ken Burns described them as “America’s Best Idea”. I can’t disagree. Preserving these amazing places for all to enjoy is a testament to our respect for the planet we live on. As a photographer, it was overwhelming & almost too easy. Everywhere I pointed my camera I framed a dramatic image.

I discovered that before traveling learning some history of the place & you will add to your enjoyment. London can be overwhelming with history & with iconic visuals. Having read the 1000 plus page “condensed biography” of Sir Winston Churchill I admired the man for his leadership, writing & persistence. In this picture of his statue, you don’t see his face but his form is easily recognizable as he keeps a vigil on Parliament.

Eastern Europe was never on my radar as a place to visit. However, my daughter was doing a Fulbright in Zagreb Croatia & we decided to visit & share her experience. It had been 20 years since Communist Yugoslavia broke up however much of the culture had not changed. In many ways, it was like stepping back in time & reminded me of photos of Pittsburgh in the 1950’s. The trolleys were a big influence in this perception as were the clothes worn by older people. I noticed a tremendous difference in the appearance of those under 30 & those over 40.

I try not to limit my curiosity to places I’ve never been. I’ve experienced new views without going far from home. As I’ve become more involved in photography I enjoy looking at something I’ve seen many times & discover a new context. The rivers, valleys & hills of Pittsburgh provide spectacular vistas. Now, when I wander in my hometown I look more for details or perspectives I haven’t seen before like this image of Alcoa Headquarters.. Also, it’s inspiring to see work of photographers from the Pittsburgh, New Kensington & Chautauqua Camera Clubs I belong to. If you have more than just a passing interest in photography I highly recommend joining a camera club near you.

If you travel enough you encounter problems. Hurricane Sandy did that while I was in the UK for work. Fortunately, I had my camera & took advantage of an unplanned opportunity to wander around Birmingham. It reinforced the idea that having no plans can lead to serendipitous experiences. Not only did I discover a system of canals but also I went to Symphony Hall & enjoyed the afternoon performance of works by Dvorak. 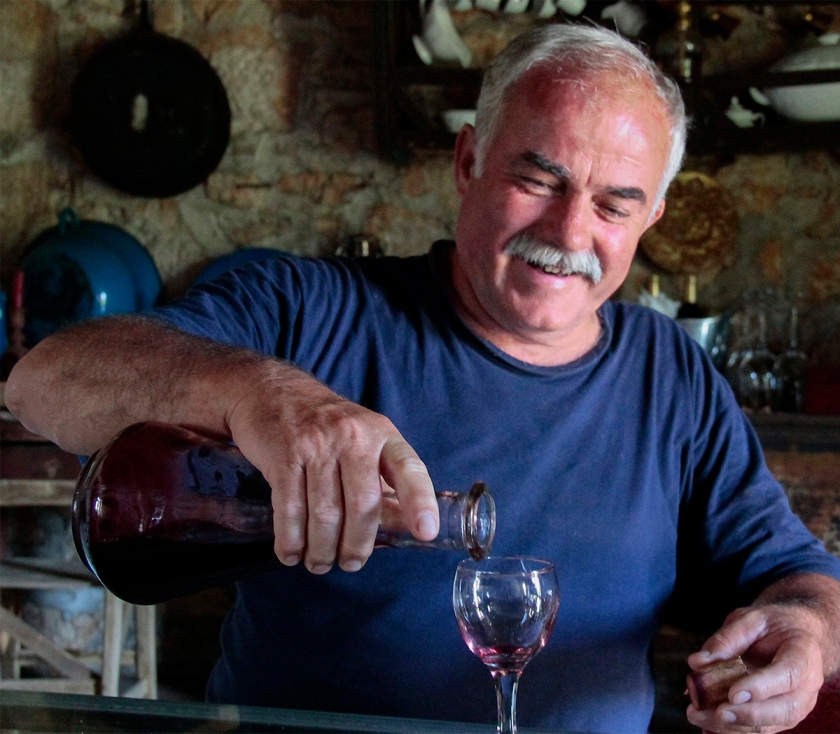 I enjoy meeting friendly & interesting people. A camera over my shoulder has provided a conversation starter many times. Since the human condition is one of my favorite subjects I usually ask if I can take casual portraits. On a “Honey Trail,” my daughter discovered in her research of Montenegro we got lost. We ended up in the backyard of this very friendly wine maker. Fortunately, Jessica spoke some of the language & we elevated our conversation above pantomime. Another thing I enjoy about meeting people is that local knowledge is valuable.

For some reason, Sedona AZ was basically unknown to me. So when we went there on a 1500 mile tour of the Southwest I experienced the beauty with fresh eyes. At the time I only had a point & shoot camera. However, the basics of a good photograph don’t really depend on the gear. That being said, I will be going back at some time with my DSLR. 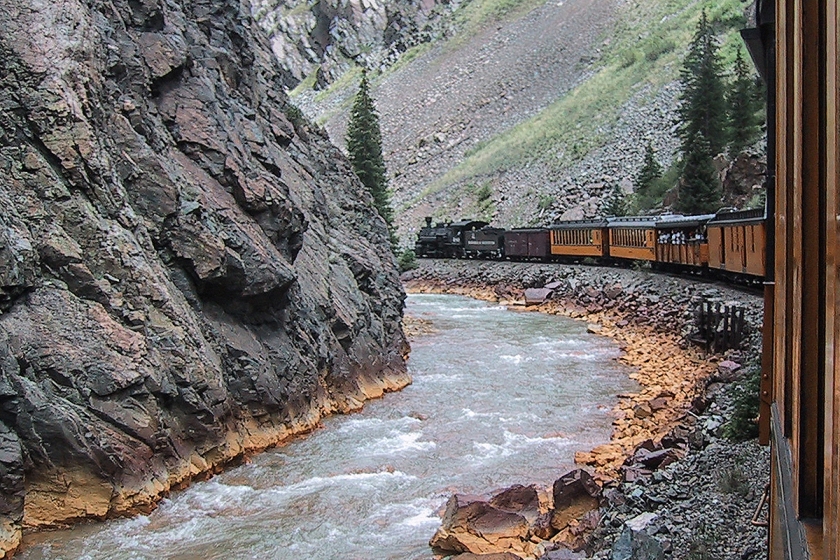 Later in that same trip out west, we rode the narrow gage RR from Durango to Silverton CO. Built in 1882 we climbed up into the Rockies along the Animas River where around every turn we saw a more spectacular view that the previous one. I highly recommend this relaxing scenic trip. However, I suggest buying a package where you go up by train and return by bus. The same views in reverse on a 3.5 hr trip can lose its appeal.

I like to say you’ve never really visited a place unless you’ve been in or on the water. Not only does this perspective provide a chance for a better view, it is also an excuse to be on a sailboat. One thing I noticed immediately about the skyline of Seattle is that there are almost zero signs/names/logos on buildings. Photographer’s eyes notice what is missing.

One night while wandering in New Orleans I cranked up the ISO on the camera & was searching for some unique Street Photography. The ambient light from buildings, signs & the streetlights created pools of light where amusing stories can be captured. On this shot, I masked the digital noise with an oil paint effect, which I think adds to the narrative.

I am torn by a short trip where all the clothes I need can fit into 1 bag vs traveling for longer periods & face the universal dilemma all travelers’ experience. A road trip is on my agenda & a few other international adventures are in the planning stages. Since my last major trip to Cuba, I think I have stepped up my photo abilities. We shall see!