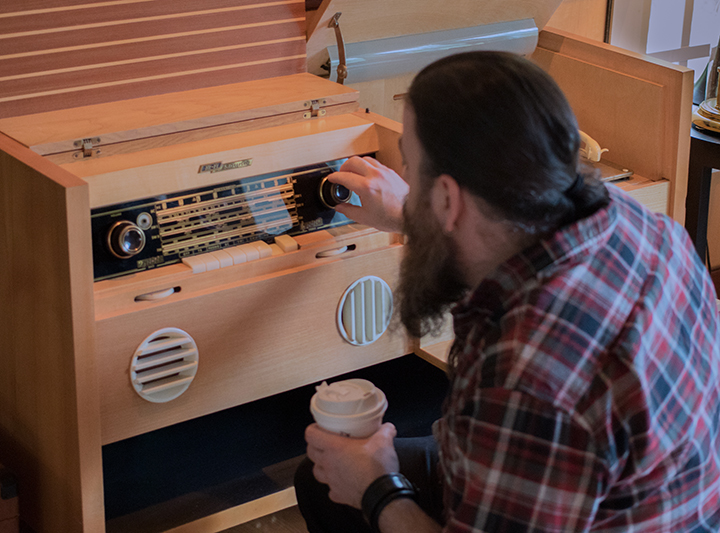 Each of us has unique skills, knowledge, interests & experiences that define what we like. For Dave Taylor, diverse & broad are two adjectives I would use to describe the artistic influences of his life & his home. We share an appreciation for Frank Lloyd Wright as well as interests in perspectives of mass communication. I am glad to call him a friend. 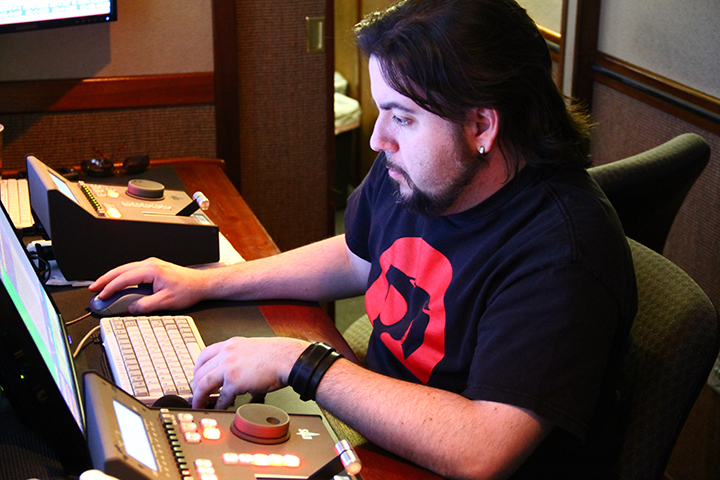 I first met Dave working on HBO Boxing sometime in the mid 90’s. He was one of the first “next-gens” that understood the mechanics of Remote Live TV. He had recently graduated from the ASU/Walter Cronkite school. Years later I found out he indeed met “Uncle Wally” He also had the digital perspective to quickly utilize a new tool called EVS. This Hard Drive Replay device would rapidly change the formatting of Live TV Remotes. The device picked up the nickname of ELVIS. Dave could make it sing. 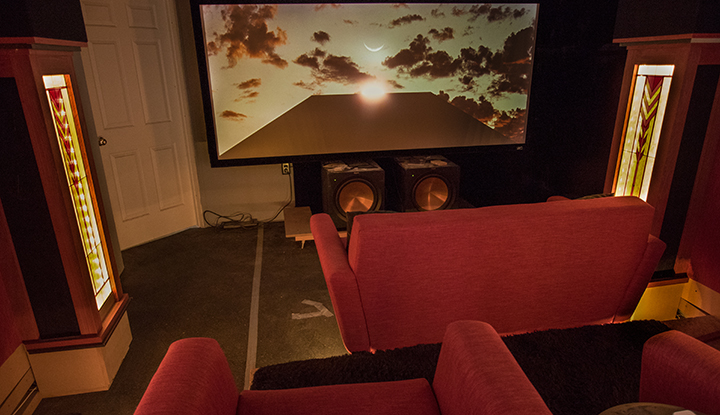 Unlike many mid-life singles, he has a keen sense for integrating style with function in his home. By his own admission, he’s an UberGeek. He is designing & building a programmable home theater. As an example, ifyou want to watch Kubrick’s film 2001 Space Odyssey…he likes Stanley as I do…he has programed a 20-minute mix of music from that era.  Monitors, mounted vertically, show posters of other films from 1968.  All of this is to set the mood while enjoying a cocktail. The Prairie style columns with Frank Lloyd Wright inspired inserts are a design touch that can’t be ignored. 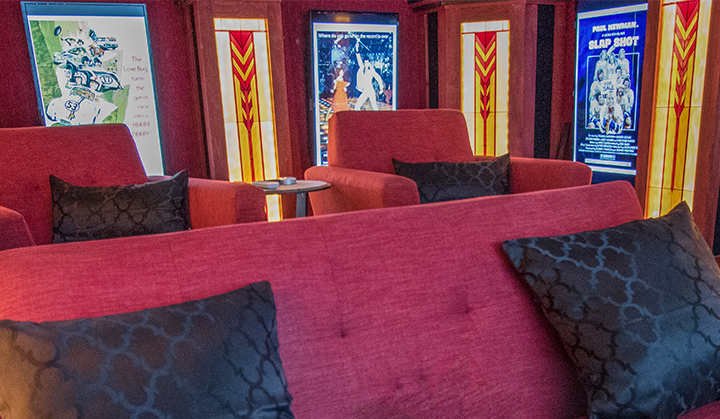 The sound system is tuned for the back 2 seats & the distance from the 102-inch screen is set for immersive panoramic viewing. As music from the era fades the lighting dips & the movie begins. If you want he can also program previews from other films from that year. It is still a work in progress because he realizes it takes time to achieve quality. His vision blends technology & style creating a unique media experience. 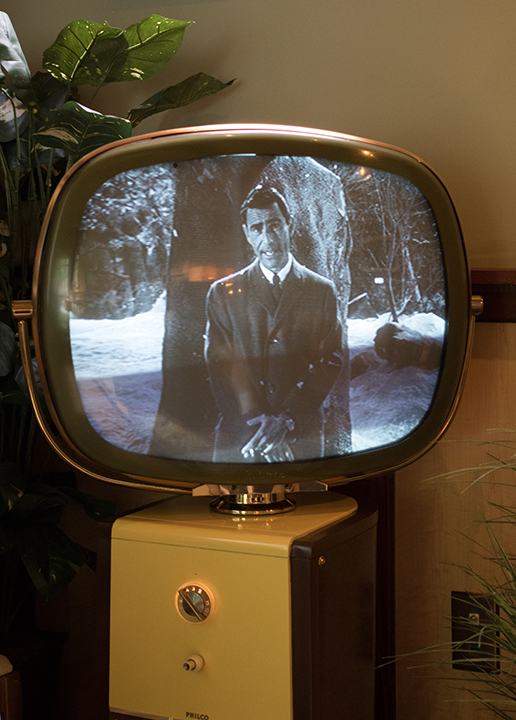 His antique electronic toys are classic home Audio Video. The Philco Predicta Pedestal set is wired to show DVD’s so we watched an episode of the Twilight Zone. Since Dave is about a generation younger than me I asked him what influenced his style. He quickly replied that Mad Med influenced his appreciation for an old school perspective. He also appreciates any endeavor where people create quality. 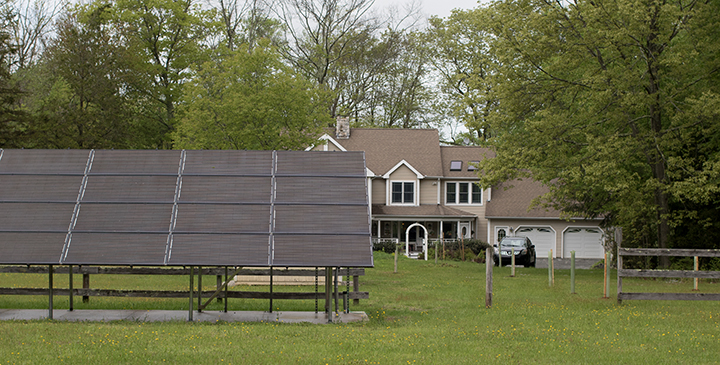 With more forethought than many, he decided to set himself up to be energy independent. He did his research & installed a solar farm to meet his needs. The land between the house & the panels has recently been planted with fruit trees that will soon block the view of the panels. Fluent with technology, he likes his toys & he knows how to plan for his future with an overall style. It’s easy for me to respect a person like that. 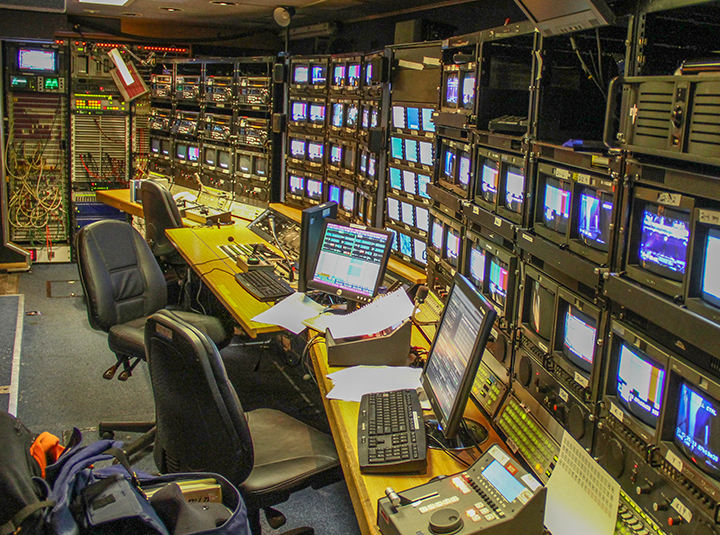 This is a look inside the type of office he works in. Dave doesn’t sit at the helm of the WWE Star-ship but he and the other EVS operators keep the wheels turning while keeping the engines from falling off. I have tremendous respect for ALL the WWE crew! They create one of the most sophisticated Live TV Remotes I’ve ever experienced! And they do it over 100 times a year. Dave easily fits into this very talented crew. 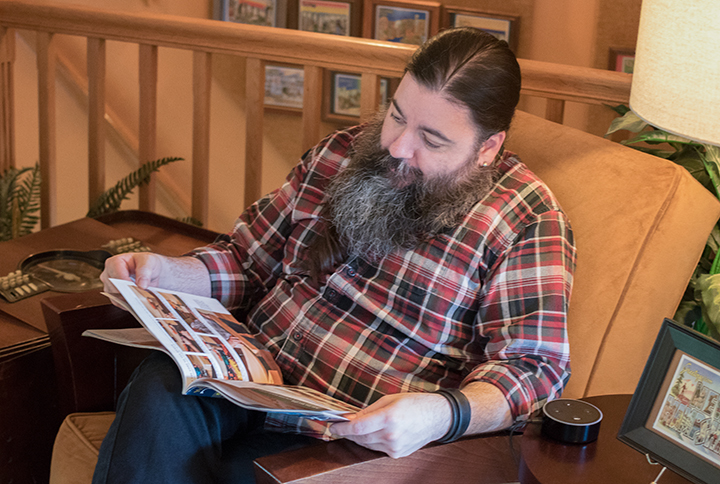 In his spare time while traveling, he edited a 52 episode series of music Mash-Ups under the moniker of the Forensic Editor on YouTube. Our musical tastes differ but I can easily follow his storytelling approach to music, which on Jumping Jack Flash spans 45 years & 15 performances. These “for-fun” productions are video time capsules weaving music into a different dimension. If you enjoy music check out his work with this link. 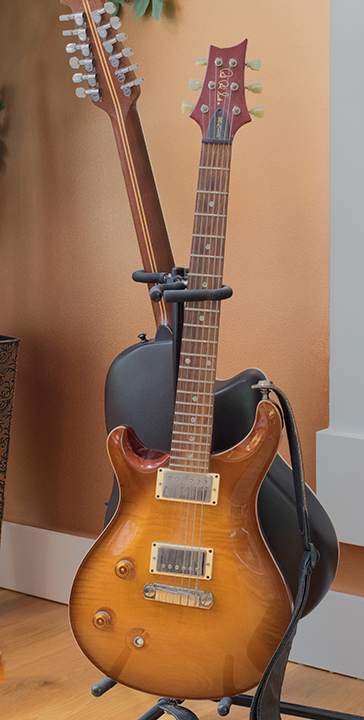 I believe one of the roots of Dave’s many talents is music. He understands how all of the components come together in a way that tiny details become important to the story or the event. In my mind, he is a digital wizard with the understanding that every tale is analog with a beginning, a middle & an end. Oh yea…he has that left-handed creative thing happening. The places I visited on my road-trip were enjoyable. However, spending a day with a friend I don’t get to see often enough really added inspiration to my journey.

Retired and transitioning to the next phase of life. View all posts by Connecting camera & mind.